In general, people like to know that their food is what the label says it is. It’s a real bummer to find out that beef lasagna you just ate was actually horsemeat. Plus, there are many religious, ethical and medical reasons to be cognizant of what you eat. Someone who’s gluten intolerant and Halal probably doesn’t want a bite of that BLT.

Labels don’t always accurately reflect what is in food. So how do we confirm that we are in fact buying crab, and not whitefish with a side of Vibrio contamination?

For the most part, it comes down to separation science. Scientists and technicians use various chromatographic methods, such as gas chromatography, liquid chromatography, and mass spectrometry, to separate the complex mixture of molecules in food into individual components. By first mapping out the molecular profile of reference samples, they can then take an unknown sample and compare its profile to what it should look like. If the two don’t match up, an analyst would assume that the unknown is not what it claims to be.

For example, honey is mostly (85–95%) glucose and fructose, with small amounts of a dozen or so more complex sugars like sucrose and maltose. The ratio of these sugars varies depending on the flower source of the honey, but one thing everyone can agree on (including the Codex Alimentarius Standard for Honey) is that real honey is 5% or less sucrose. Sucrose is quite abundant in other sweeteners like cane and beet sugar. Often, these less expensive sweeteners will be mixed in with honey, leaving a clear molecular fingerprint.

Chromatographic techniques are useful for analyzing any food product: cheese, wine, fruit juice, cooking oils, etc. They are a little less useful for verifying the identity of meat and fish products, because these are mostly protein and have much less in the way of small molecules like sugars and fats. Protein identification is a lot harder and more time-consuming, so it often makes sense to do DNA sequencing when analyzing these samples. Sequencing is also useful if you suspect microbial contamination: growth-based assays can be inconclusive and often take days or weeks, while DNA extraction and PCR takes just a few hours.

DNA analysis is useful for answering particularly difficult questions. Why did half a dozen workers at a German winery contract tularemia in October 2016? Traces of mouse DNA found in the unprocessed grape must (juice containing skins, seeds and stems) suggest an unlucky rodent met its end in a mechanical harvester. What was the last thing that Ötzi the Iceman ate before he died 5,000 years ago? Genetic analysis of his stomach contents tells us not only that it was an ibex, but also that he probably had a wicked stomachache.

Food analysis can be challenging because of the natural variation in most foodstuffs—no two strawberries are quite the same—but advancements in genetic testing are helping to make the job a little bit easier. Thinking about doing DNA analysis of food yourself? Try using one of our kits to purify your DNA. 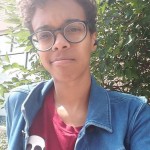 When the Promega Culinary Team was asked to reflect on what they were thankful for this year, they said friends, family, loved ones…and superfoods!
#Repost from @promega_switzerland
Excitement was brewing on October 28th as Promega celebrated both the opening of the new Chappelle Manufacturing Center (CMC) building and our annual Oktoberfest. The festivities, which showcased the brewing talents of over 40 employees, were held outdoors with live music and food trucks, while guided tours of the new facility were conducted.
Our Sustainability In-ACTion team had great weather with a lot of fun as they completed the last Adopt-A-Highway cleanup of 2021!
See Promega Run!
Promega Italia hosted a Glo-30 Award to celebrate 30 years of bioluminescence. Customers entered the contest by providing their first and last publications using our technology.