Current methods and chemistries for the purposes listed above have been in use for several years; however, they are utilized at the cost of performance and ease-of-use. Many library preparation methods involve serial purifications which can result in a loss of DNA. Current methods can result in as much as 20-30% loss with each purification step. Ultimately this may necessitate greater starting material, which may not be possible with limited, precious samples, or the incorporation of more PCR cycles which can result in sequencing bias. Sample-to-sample reproducibility is a daily challenge that is also regularly cited as an area for improvement in size-selection.

END_OF_DOCUMENT_TOKEN_TO_BE_REPLACED

For most molecular biology applications, knowing the amount of nucleic acid present in your purified sample is important. However, one quantitation method might serve better than another, depending on your situation, or you may need to weigh the benefits of a second method to assess the information from the first. Our webinar “To NanoDrop® or Not to NanoDrop®: Choosing the Most Appropriate Method for Nucleic Acid Quantitation” given by Doug Wieczorek, one of our Applications Scientists, discussed three methods for quantitating nucleic acid and outlined their strengths and weaknesses. END_OF_DOCUMENT_TOKEN_TO_BE_REPLACED 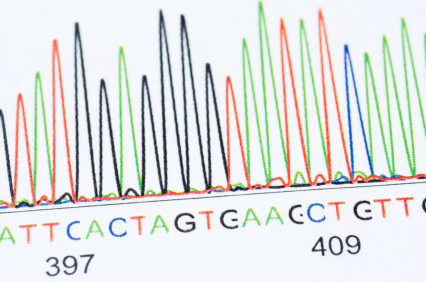 Last week I read an article in Wired Science that described how an outbreak of antibiotic resistant Klebsiella pneuomiae was tracked in real-time at an NIH hospital using DNA sequencing technologies. The article described how whole genome sequencing of disease isolates and environmental samples from the hospital was used to track the source and spread of the outbreak.

The scientists monitoring the outbreak tracked spontaneous random mutations in the K. pneumoniea DNA sequence to determine that the outbreak was caused by a single source, and to track the spread of the organism within the hospital. The sequencing information helped investigators identify when and where infection occurred, and also to track transmission of the infection from person-to-person. It also revealed that the order of transmission was different from the order in which the cases presented with symptoms, and helped identify how the organism was spread between individuals.

The article describes how epidemiology, infection control and sequence identification were used together to influence outcome in this situation, but also shows the power of whole genome sequencing to find and track subtle differences between isolates that could not have been identified in any other way.

To me, this is a powerful illustration of just how far DNA sequencing has come over the last few years. Not so long ago, the idea of sequencing the entire genome of numerous disease isolates during an outbreak would have been almost laughable—an idea confined to episodes of the X-files or to science fiction stories. Now, thanks to advanced automated sequencing technologies and the computing power to analyze the results, it is doable within a reasonable timeframe for hospitals with access to the right facilities. Although this type of investigation is still beyond the capabilities of most hospitals, the costs and turnaround times for sequencing are coming down rapidly as new technologies capable of faster, cheaper analysis become available.

We have come a very long way since the days when DNA sequencing was a laborious process involving pouring a gel, running samples,and manually reading the resulting autoradiogram hoping to get a read of 50–100 bases. My reading of the wired article prompted me to find out more about the newer types of sequencing technology available today. Here’s what I learned about each: END_OF_DOCUMENT_TOKEN_TO_BE_REPLACED

In my last entry, I gave a little summary of one of many techniques that are used to study DNA methylation patterns in a loci-specific fashion using the COBRA technique. This time, we’ll take a look at a high-throughput, genome-wide method for analyzing DNA methylation status using a next generation sequencing approache called bisulfite sequencing, or Bis-Seq. END_OF_DOCUMENT_TOKEN_TO_BE_REPLACED