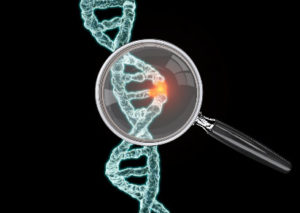 Scientific inquiry is a process that is revered as much as it is misunderstood. As I listened to a TED talk about the subject, I was reminded that for the general public the foundation of science is the scientific method—the linear process of making an observation, asking a question, forming an hypothesis, making a prediction and testing the hypothesis.

While this process is integral to doing science, what gives scientific findings credibility and value is consensus from the scientific community. Building consensus is the time-consuming process that includes peer review, publication and replication of results. It is also the part of scientific inquiry that so often leads the public to misunderstand and mistrust scientific findings.

I am reminded of this dilemma every time new research about nutrition is picked up by popular media. Typically, the way this plays out is a study will claim a certain food—let’s say chocolate—is associated with a lower cancer risk, so people conclude they should eat more chocolate. The next month, another study will be published that finds an increased risk of cancer in individuals who eat a lot of chocolate.

The non-scientist who learns about both studies concludes that since the studies are in conflict, there must be something wrong with the scientists or the process, and thus completely disregard the value of either study. What this person should conclude, however, is that science is working exactly how it should and this immediate conflict will get resolved over time as more scientists try to answer the same question.

Unfortunately, the people that communicate science (scientists, doctors, reporters, writers, educators, etc.) don’t always do a very good job communicating this nuance. Moreover, while basic science education is quite effective at instilling in students the process of the scientific method, what seems to get neglected is how the work of one lab to test one hypothesis fits into the larger concept of a theory formed by consensus.

If you have been following CRISPR-Cas9 in the literature over the past few years, the process of consensus building has been observable in real-time. Initially, a few scientists published some papers identifying CRISPR-Cas9 as an efficient and reliable way to perform gene-editing. (Check out these past blog articles about CRISPR if you want to learn more about the basics of CRISPR.) This prompted an explosion in CRISPR-Cas9 research, demonstrating that the technology had wide-ranging and potentially revolutionary research and therapeutic applications. Others evaluated the researcher’s work and provided recommendations that refined the methods.

After years of optimistic research and the advent of the first clinical trials related to CRISPR-Cas9, a cluster of publications (Nature Medicine – Brief Communication, Nature Medicine – Letters and Nature Biotechnology – Letters) in the last month have led the scientific community to seriously question the reliability of CRISPR-Cas9 technology for the first time.  Each of these papers examined the extent to which CRISPR-Cas9 genome editing led to on- and off-target damage by varying the generally accepted protocols to check for these errors.

Prior to these new studies, no one had looked at the impact of CRISPR-Cas9 mediated genome editing on downstream genes. Investigation of the genetic changes has been limited to locations either very close to or very far from the target sequence. Furthermore, hardly any labs conduct full genome sequencing of cells modified using CRISPR, instead using PCR to search for large deletions. The problem with these methods is that only looking near the target leads researchers to miss variation and underestimate the damage.

Here is a summary of their findings:

The most alarming aspect of these conclusions is that the very cells that are successfully edited via CRISPR-Cas9 are inadvertently more likely to have a p53 mutation, which is found in most tumors types. Treating a patient with a genetic disease using therapeutic cell lines created with CRISPR-Cas9 gene-editing may also make them susceptible to cancer.

All the studies offered the same basic recommendations: further investigation to understand the DNA damage response induced by Cas9 and verification before and after CRISPR-Cas9 editing that cells intended for use in patients do not contain mutations associated with cancer (i.e. p53 inhibition).

While these recommendations will certainly give researchers pause about using CRISPR-Cas9 as a gene editing tool, they are not meant to end the use of CRISPR-Cas9 technology. The new research findings offer a check and balance that will lead others refine their techniques, crucial for progress that contributes to building consensus around the topic.

A layperson might interpret the difference in opinions as scientists advocating for their own interests. Although this is true to some degree, there is certainly some nuance involved in the positions taken by each side. The controversial findings may also lead this person to conclude that scientists weren’t careful enough with their initial experiments or were overly optimistic about the potential of CRISPR-Cas9. Instead, they should consider this a perfect illustration of the slow and steady process of consensus building.

So, my fellow scientists, let’s get the word out about consensus. Let us know how you incorporate the nuances of conflicting scientific evidence when you are communicating with the public about your research, or anybody else’s for that matter.