In recent years, it’s become a well-documented fact that koalas are about as picky as they are adorable. These beloved Australian marsupials have evolved to become ecological specialists: consumers that feed primarily on a single organism, or small number of organisms. Eucalyptus, their organism of choice, encompasses approximately 900 species, most of which are native to Australia. To the koala’s benefit, the leaves of eucalyptus trees are difficult to digest, low in protein content and their chemical composition contains compounds that are toxic. This makes their competition for eucalyptus with other species virtually nonexistent.

That’s not to say there isn’t competition amongst themselves. Of those 900 species of eucalyptus, koalas are only really known to feed on about 40–50 of them, and of those 40–50, they tend to limit their diet to around 10. Depending on their location, however, some koalas will only stick to one preferred type, which can lead to trouble.

In 2013, the koala population density in Cape Otway, Australia was incredibly high. Their preferred eucalyptus trees, manna gum, became over-browsed by the koalas, leading to mass defoliation and tree mortality of this eucalyptus species. Over 70% of the koala population in this area ended up dying due to starvation and compassionate euthanasia, and additional intervention was necessitated by wildlife authorities to relocate approximately 400 healthy koalas in 2015.

Even when these koalas were starving, most of them would not feed on messmate, another eucalyptus tree species that was abundant in the area, and is the preferred diet of some koalas. Researchers hypothesized that the gastrointestinal microbiomes of the starving koalas may have played a role in their refusal to shift their diet.

Driven by that devastating outcome, researchers from the University of Queensland conducted a recent study to determine if adjusting the bacteria of the koalas’ gut microbiomes could aid them in adapting to other species of eucalyptus.

The team captured wild koalas that only feasted on manna gum and held them in temporary captivity at the Cape Otway Conservation Ecology Centre. They then tracked down radio-collared wild koalas that only ate messmate, and collected fecal samples from them. The team extracted the microorganisms from those samples, and packaged them into acid-resistant capsules.

For the first few days in captivity, the scientists monitored the microbiomes of the manna gum-eating koalas. Six of the twelve koalas in the study were then given the fecal transplant pills from the messmate-eating koalas. The other six were given fecal transplant pills made from the poo samples of manna-gum eating koalas to act as a control. Every day for nine days, koalas were given these pills, and for an additional eighteen days the scientists monitored their gut microorganisms and food intake.

Ultimately, the team did not observe a significant difference of messmate consumption between the two groups. However, the koalas who were given the messmate fecal transplants ate more of the messmate eucalyptus once their gut microbes began to mirror that of the messmate-eating koalas. There was also disparity in how well the transplants really took hold of the koalas individually, as one koala upped its messmate intake to almost half of its food consumption.

While the outcome of the study was a bit of a mixed bag, researchers are hopeful that the fecal transplants could continue to help koalas, which are officially listed as a vulnerable species in Australia. Every year, many koalas are brought into rehabilitation clinics, and treated with antibiotics that can disturb their GI microbiome. With additional refinement, the fecal transplant capsules have the potential to function as a probiotic, and help get koala microbiomes back on track following these antibiotic treatments. 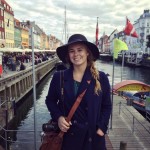