Transfection can sometimes seem more like an art than a science—the perfect transfection experiment being dependent on optimization of conditions, including cell density, transfection reagent and DNA:reagent ratio. No one reagent is perfect for every cell type, so there is the added challenge of optimizing performance in your cell line of choice—which may fall into the well-populated “difficult-to-transfect” category  that includes many primary cells.

Among transfection reagents, Lipofectamine® (Thermofisher), and FuGENE® (Promega) are popular and widely used choices. Viafect™ Transfection Reagent is newer and less well-known, but gaining popularity as a high-performance, low-toxicity reagent that performs well across a wide range of cell lines. In head-to-head comparisons with FuGENE and Lipofectamine, Viafect outperformed or equaled the others for expression of transfected reporter genes and resulting cell viability (see the data in this article).

The story of ViaFect begins with Promega Custom Assay Services (CAS), a group that uses Promega technologies to construct made-to-order assays, typically in a cell line. Many projects from the CAS group involve transfecting cells with expression vectors and reporter vectors. In some instances, customers contact CAS to have an assay constructed in a difficult cell line, after attempting and failing, or experiencing difficulty building the assay themselves.

CAS projects start with a proof-of-concept experiment using transient transfection before moving on to production of a clonal, stable cell line. For difficult cell lines, the CAS group previously turned to electroporation after exhausting lipid-based transfection options. Electroporation often worked, but success came with a price—cytotoxicity. The CAS group challenged R&D to find a better solution—better transfection with low toxicity for difficult-to-use cells. The result of that challenge is the ViaFect™ Transfection Reagent.

The figure demonstrates how ViaFect™ Transfection Reagent helped confirmed the concept, with a usable transient transfection prior to the selection of stable TF-1 suspension cells. On the other hand, as shown, electroporation did not result in significant transfection of the cells.

Primary cells are often difficult to transfect due to their slow growth and high rate of death. ViaFect™ Reagent can be the perfect solution for such cells.  Here’s a selection of recent peer-reviewed articles demonstrating use of ViaFect™ Reagent for transfection of primary cells. For an extensive listing of citations, and to see more data using ViaFect,  check out the product information on the Promega website. 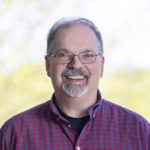